Click here to view as a pdf:  Colostrum More Than Just Antibodies 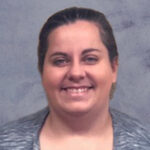 The benefits of colostrum in regards to antibodies are well known. Colostrum has many other qualities to offer including high-calorie content, valuable white blood cells and certain naturally occurring hormones. All of these components can have positive effects on a calves’ gastrointestinal health, growth, development and immune health.

The intestine is more receptive to absorbing large molecules such as antibodies within the first few hours after a calf is born. Absorption is optimal within 4 hours of birth. Absorption will start to steadily decrease after six hours. Feeding enough colostrum to provide the calf with 200 IgGs within the first few hours of birth will have the most benefit. Using a Brix refractometer will help ensure the quality of the colostrum to maximize those assets. Colostrum should ideally have a minimum 23 percent Brix reading. 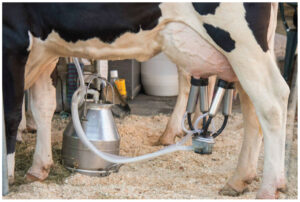 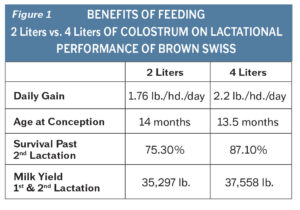 The fat content in colostrum is 6.7%, compared to 3.9% in whole milk. Likewise, crude protein is at 14% compared to 3%. The high-fat content, which is easily absorbed by the calf, can provide vital energy to the calf to help it regulate its body temperature. Colostrum also contains higher amounts of vitamins and minerals including vitamins A & E, and minerals such as magnesium, iron, zinc and calcium.

Figure 1 shows information collected in a case study designed to evaluate the effects of feeding two different volumes of colostrum immediately after birth. Feeding 4L of colostrum, rather than 2L, had a positive effect. Not only did the animals have a higher average daily gain but they produced more milk in both the first and second lactation. The animals also had reduced veterinary costs compared to those who received 2L of colostrum.

Colostrum contains many types of beneficial cells, including leukocytes. Leukocytes are white blood cells that are transported to an area of infection or inflammation. A study conducted in 2006 found that the white blood cells from a dam are modified in the mammary gland to be more functional for the calf. Another study done in 2008 found that when the white blood cells from the mother are absorbed by the calf, they help immune cells to mature faster and improve the ability of the immune cells to recognize certain antigens. Dams in this study were vaccinated against BVDV (Bovine Viral Diarrhea Virus) with an inactivated vaccine and then the calves were exposed to pathogens. The calves given colostrum from the vaccinated dams had a stronger immune response than those not given colostrum. Calves given maternal colostrum also had improved respiratory health during the course of the study. These findings all support the importance of having a colostrum management protocol, resulting in optimum calf health and performance.

Colostrum contains several naturally occurring hormones that have a direct impact on a calf’s gastrointestinal and reproductive systems.

A study conducted in 2010 showed that calves fed colostrum six times over the first three days of life showed a stronger development of the small intestine than calves not given colostrum. This study also showed stronger development when the calf was given colostrum only once. Development of the small intestine allows calves to absorb nutrients more effectively, leading to higher average daily gains and improved post-weaned intake.

These hormones also influenced the growth of a calf’s reproductive system. The hormones present in the colostrum stimulate the growth of the uterus leading to a younger age at conception. One study found that heifers fed colostrum had larger, more actively cycling ovaries at 14 months of age compared to similar age heifers that received colostrum replacer powder as baby calves.

The benefits of feeding high-quality colostrum can affect calves in many ways including improved gastrointestinal development, earlier breeding potential and increased herd longevity. Simple management practices including feeding calves the appropriate amount and quality of colostrum at the right time will help ensure healthier calves.  Call Crystal Creek® and learn how you can get the most out of your colostrum program.