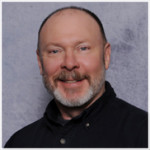 Not every seemingly good idea spawned with good intentions by dedicated professionals turns out to be an effective, practical solution. The case in point discussed here; What is the proper age for a dairy heifer to freshen at? Research presented at the 4-State Nutrition Conference this year, and reviewed in this article, shows that the industry’s efforts to freshen dairy heifers at 22 months of age vs. 24 months of age are detrimental to the lifetime productivity of the cow and to the farmer’s profitability. 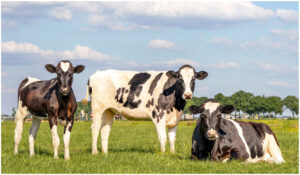 As with any idea, it is critical to ask questions about whether or not it aligns with key fundamental dairy principles, i.e. biological, physical, and chemical effects of pushing Mother Nature and its resulting economic impact on the herd.

On the surface, there were a number of reasons cited that seemed logical at the time to pursue a strategy of breeding dairy heifers at an earlier age. Some of these key reasons were to begin milk production earlier, to reduce heifer inventory, and to reduce heifer feed and production costs. This study showed that if the cull rate in a herd was 30%, 35%, or 40% the heifer inventory needed to be approximately 15% higher for freshening heifers at 24 months of age vs. 21 months of age. The issue of maintaining herd size with an aggressive heifer breeding program however is a band-aid to a much larger underlying problem on many dairy herds of ‘poor herd maturity’. Breeding heifers before they are biologically mature enough to be bred reduces their milk production for life, reduces longevity in the herd, and consequently their lifetime productivity and profitability for the producer. When utilizing this strategy, the die is cast for life and there is little that can be done to change this, despite aggressive nutritional strategies.

Age and Bodyweight at Calving Impacts Production and Maturity

d)  Studies also showed that the lower production in the 2nd and 3rd lactation due to reduced production in the 1st lactation, caused by early breeding and light bodyweight heifers, appears to be independent of the level of milk production or milking frequency.

a)  Older heifers freshening with heavier body weight have more milk production potential than lighter, earlier-bred heifers. Heifers that are 60 lb. heavier at freshening result in producing a 3 to 4 lb. increase for the whole herd average.

Age at Calving Impacts Cow Longevity in the Herd

This study referenced research that showed weight at calving impacts cow survival and disease occurrence. For example, heifers calving with body weights of 1,100 to 1,200 lb. vs. 1,200 – 1,300 lb. had a 6% lower survival rate and significantly higher rates of metritis.

The bottom line message with this research is, “the herd cannot outperform the production level set by 1st lactation”. Consequently, if heifers freshen before 24 months of age, milk production and herd longevity are significantly reduced, and pushing more nutrition will not change this situation. The strategy of freshening heifers at an early age proves to be unwise and in conflict with the basic principles of good dairy cow management. Breeding heifers before they are biologically ready limits the production and profitability of not only the heifers but of the entire herd for life.

Even more importantly, the nutrition and management concepts that focus heavily on rolling herd average and not on the lifetime production of a cow is the root cause of much of this misdirected strategy. Optimum milk production comes from cows that mature properly and their production during their 4th, 5th, and 6th lactations. Trying to make immature cows perform like mature cows is incompatible with the basic principles of sustainable and profitable dairy production.

Give us a call at Crystal Creek® to put your herd on a sustainable nutrition and management program. We are here to help you reach your business goals.